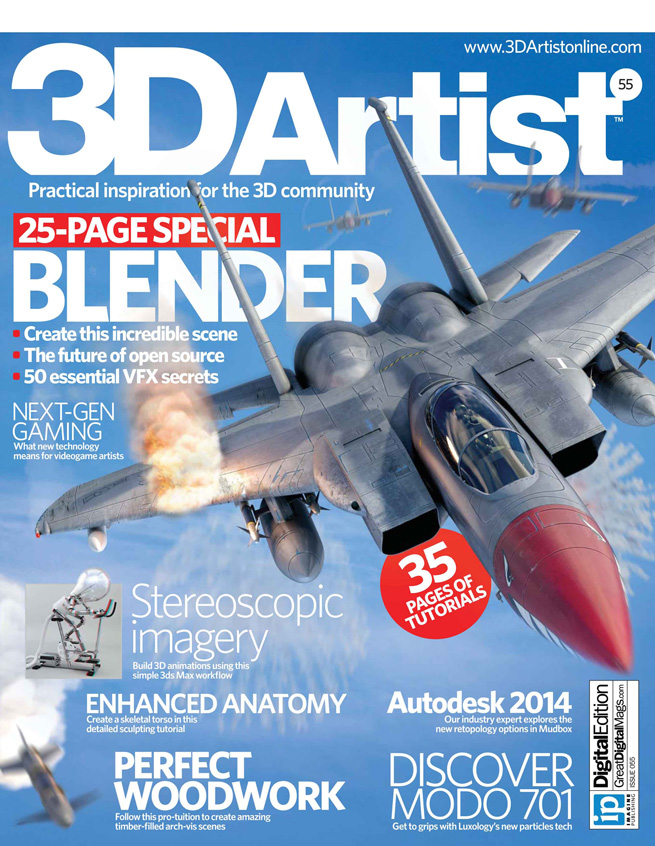 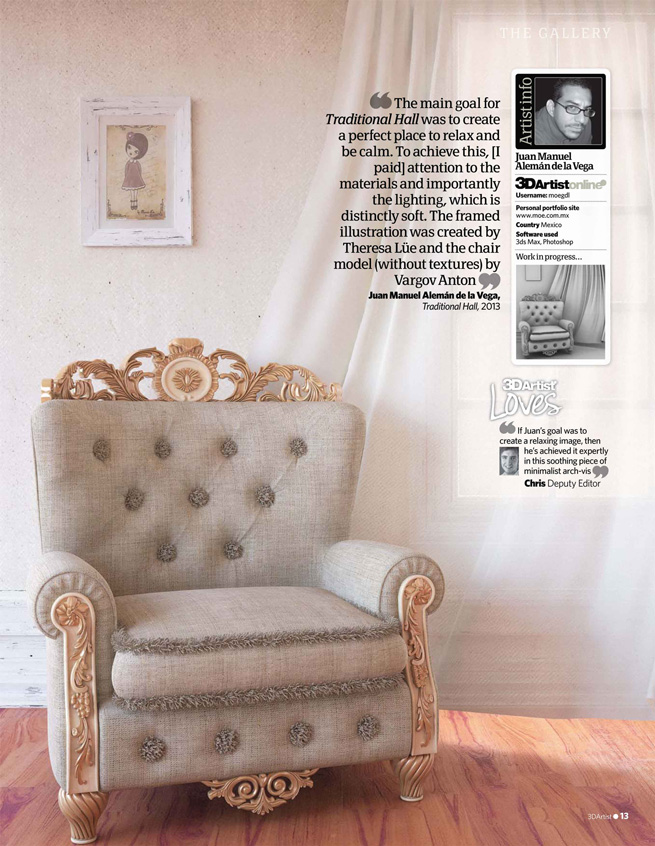 Inspired by vintage photo style, the main goal with making ‘Traditional Hall’ was to create a perfect place to relax and be calm. To achieve this, it was necessary to care about the materials and -most important- lighting, which shall be distinctly soft.

The framed illustration was created by Theresa Lüe and the chair model (without textures) by Vargov Anton. 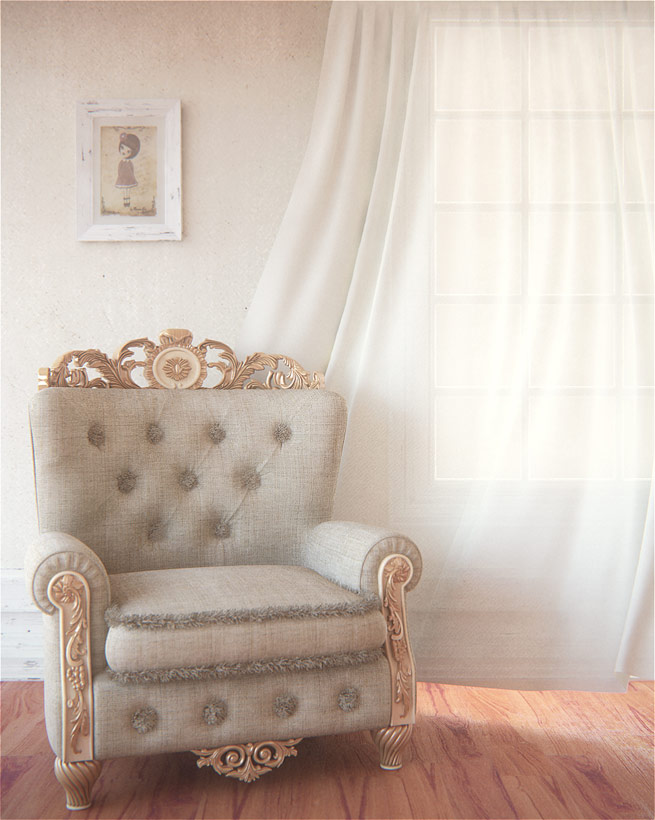 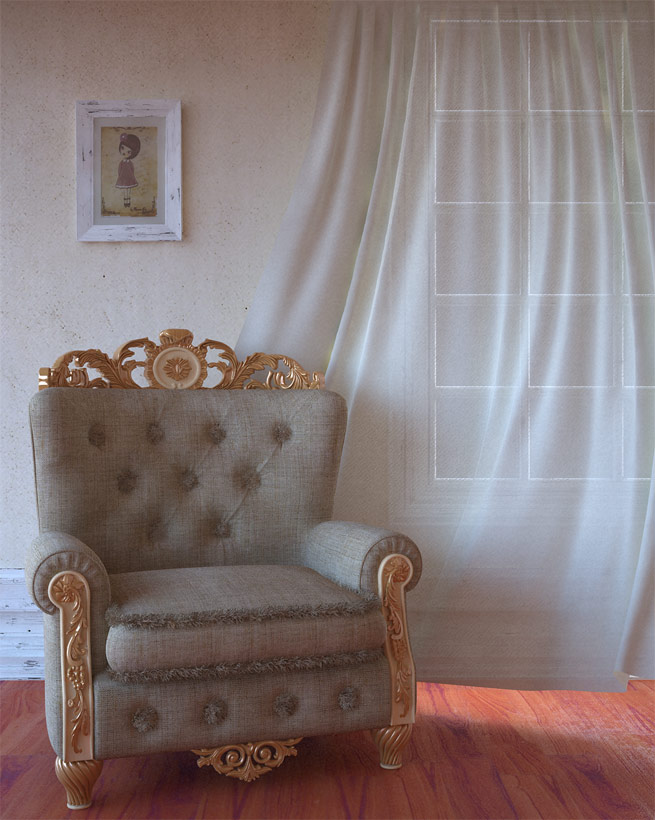 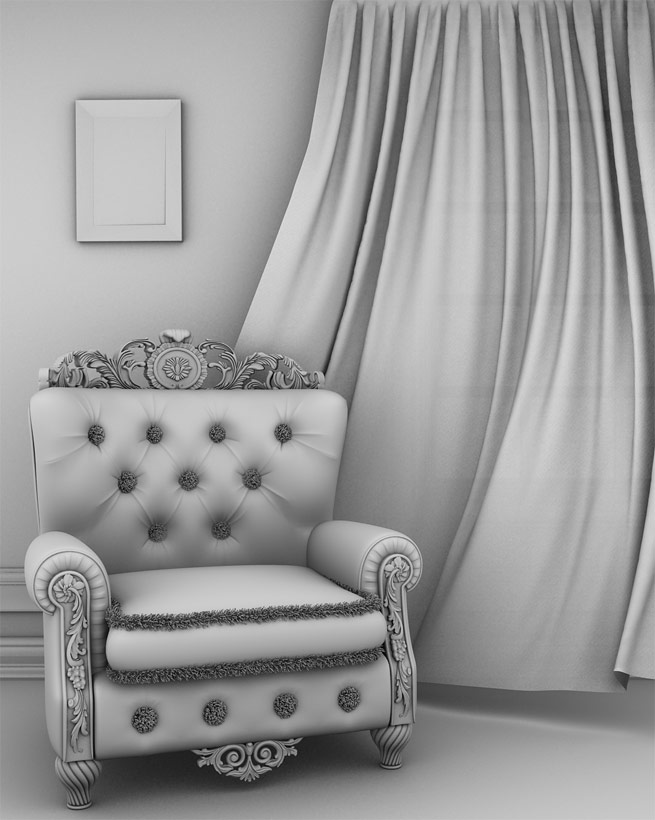 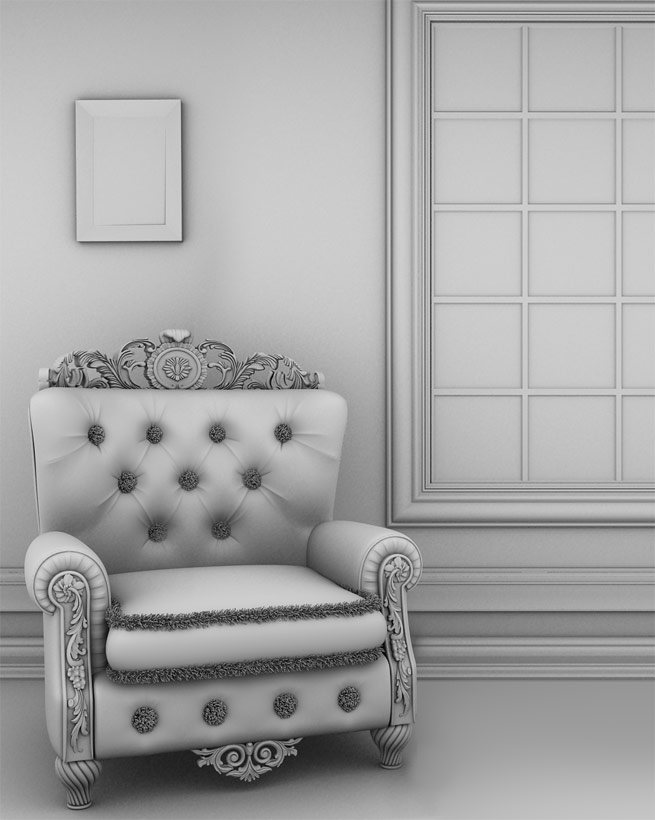 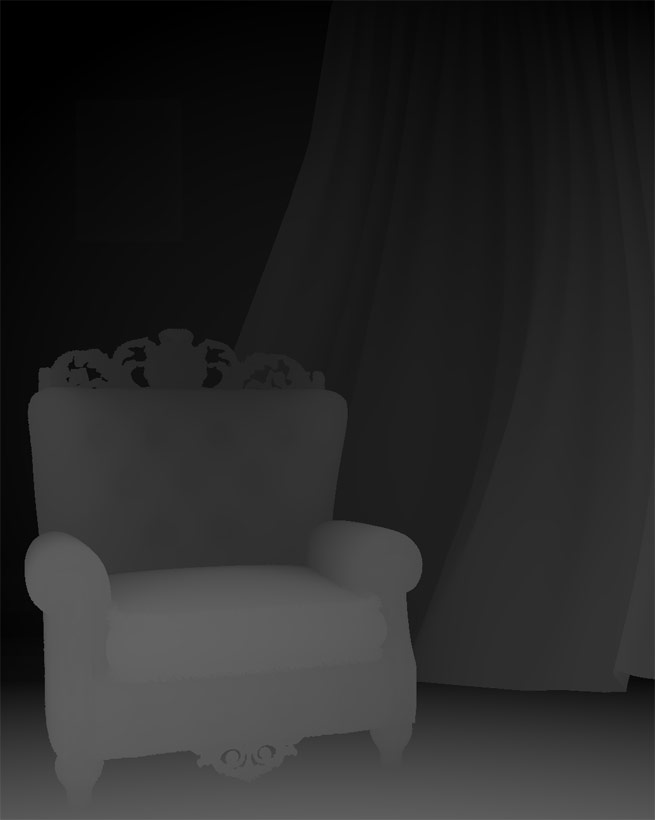 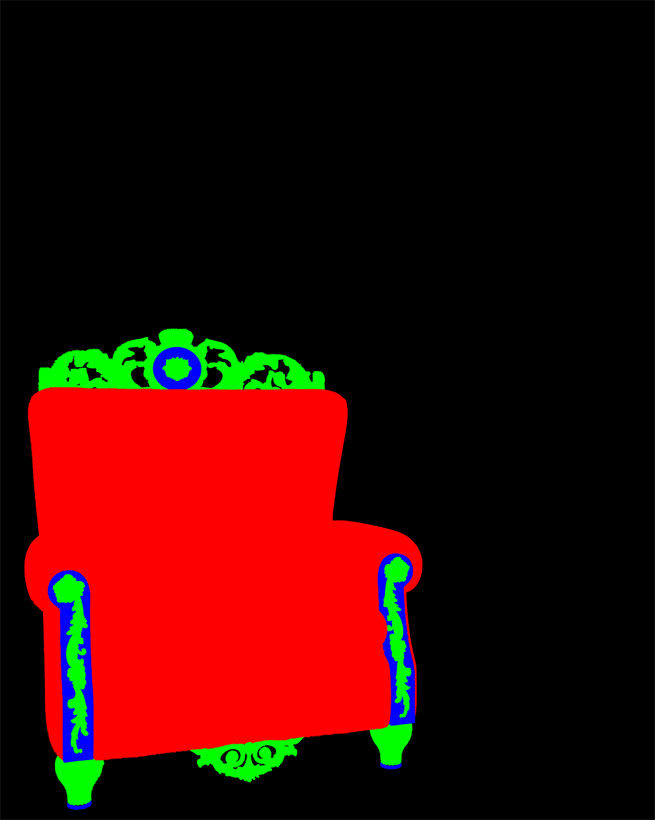 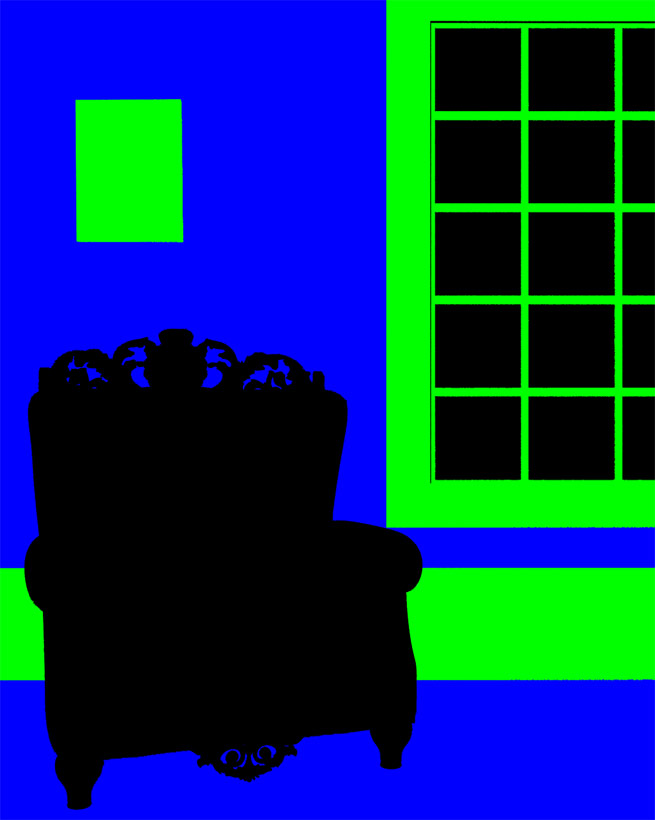 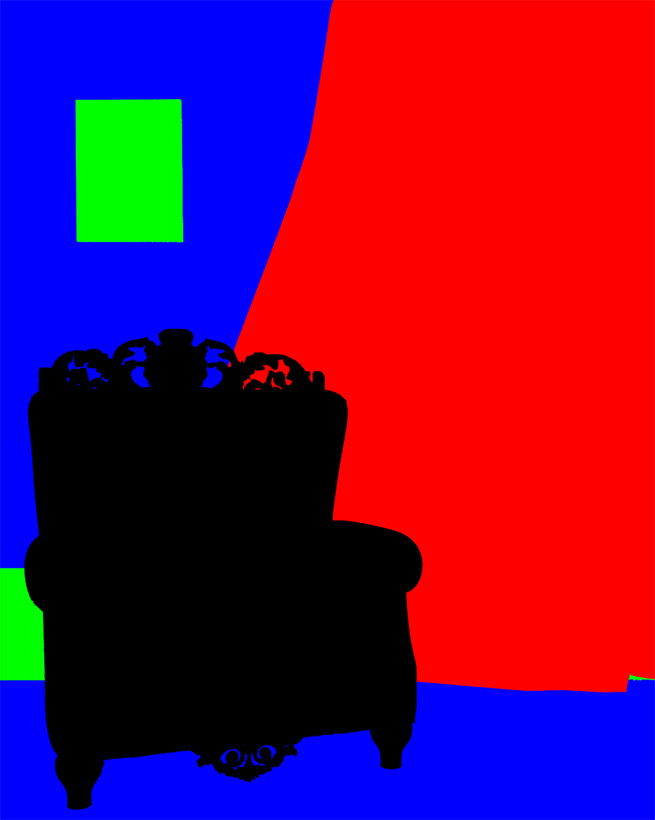